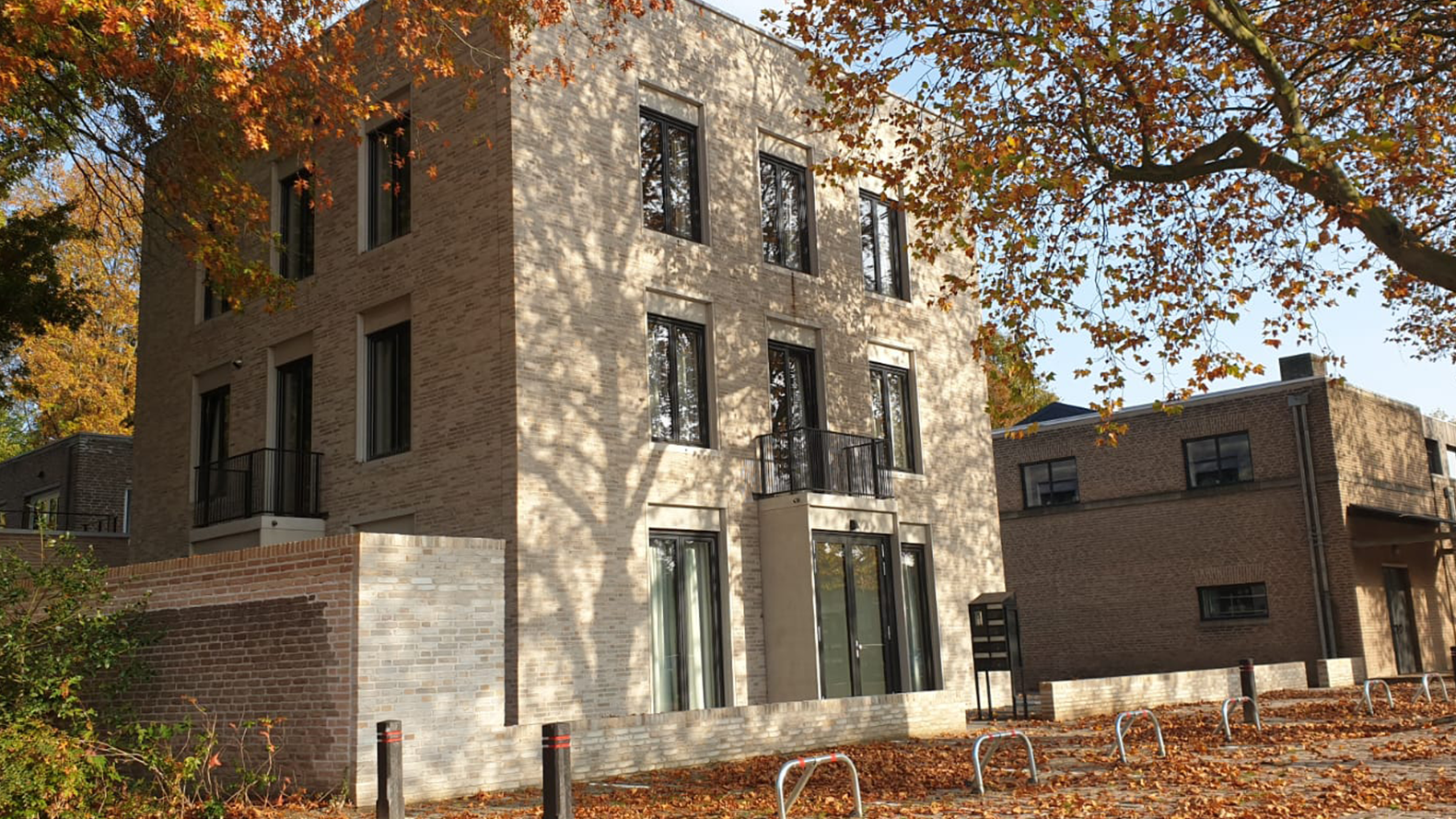 In the district Prinsejacht (Woensel Noord) the formerly catholic church Vincentius a Paulokerk is situated. The church has been transformed since 2007 into a modern office building and currently housing educational institute Rino Zuid.

At the backside of this monumental building in between large monumental trees the old rectory is currently being rebuild and transformed into a total of 11 apartments. Part of the original building will be maintained and renovated and some of apartments will be newly build.

The Vincentius a Paulo church was build according to the traditional architectural ‘’Bossche School’’ style which is known for its horizontal lines, flat roofs and visible lintels which will also be characterizing these new apartments.

The project is expected to be finalized in July 2019 and will be two small apartment blocks of 11 apartments total with either one or two bedrooms. Several apartments will have a balcony, roof terrace or garden. Parking places for the residents will be provided as well.

All apartments are full self-contained and provided with a private kitchen and bathroom. De Pastorie is situated very conveniently at only 5 minutes driving from the A2 highway and A50 and Businesspark Acht. 15 minutes from the center of Eindhoven and walking distance from public transport. This is a green residential area.